LaborBerlin is proud to announce Andrew Kim as our first Artist-in-residence. Within the RE-Mi project, LaborBerlin has initiated activities to develop the use of its Crass animation stand by collecting and sharing the available knowledge around its many uses and capabilities. These activities include a technical Masterclass taught by Lutz Garmsen, an expert on the machine, and internal workshops by the attendees to spread the knowledge gained in the class.  With the residency we will have one visiting artist take advantage of this newfound knowledge and further explore the machine’s artistic possibilities by creating a new film.
As a compliment to his production work Andrew will also lead a workshop and present two screenings which will feature his own films and a selection of films made by fellow Los Angeles based filmmakers:
July 15,… END_OF_DOCUMENT_TOKEN_TO_BE_REPLACED

In : Re-Engineering the Industry Part of : Crass animation stand programme 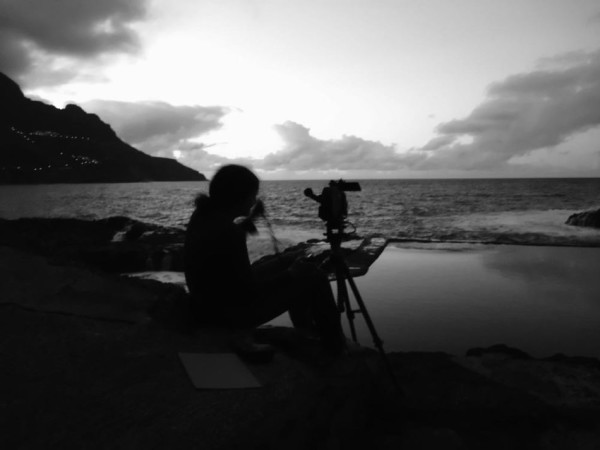 We are very pleased to be host to the illustrious Belgian artist filmmaker Els Van Riel for the final phase of the Re-engineering the Industry, Debrie Contact Printer programme: Pilot Residency.
Els Van Riel’s work deals with the poetic phenomena of the physical and questions the essential elements such as matter, motion, light, time, perception and relativity.
Her artistic approach has an innate experimental dimension and a strong scientific inspiration.
In a very pragmatic way, the act of questioning becomes methodology, which encompasses the mechanical apparatus of cinema, as a way of examining a hypothesis, (but neither validating or invalidating it) opening up a metaphysical horizon to the viewer.… END_OF_DOCUMENT_TOKEN_TO_BE_REPLACED

In : Re-Engineering the Industry Part of : Debrie contact printer programme