>> BERLIN, Germany
LaborBerlin is a a non-profit, independent film lab dedicated to exploring different alternatives for the preservation as well as the ongoing and sustainable use of analog film technologies.

LaborBerlin is a nonprofit, independent film collective, open to all individuals interested in artist-run initiatives and analogue film practices. It embraces an experimental and D.I.Y. craft approach to film production with a mission to support the use of film outside  the commercial film industry. With this purpose it has set up a lab where, in a non-hierarchical structure, anybody can become a member, use the space to process his or her own film material and participate in the variety of events, workshops and activities that take place all year round. 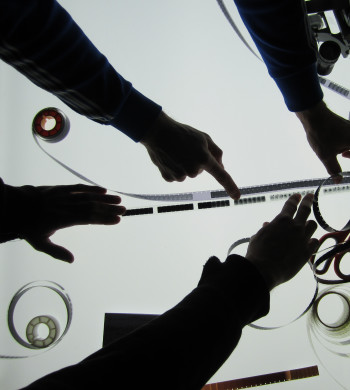 Working on the Crass Animation Stand (photo by Clara Bausch)