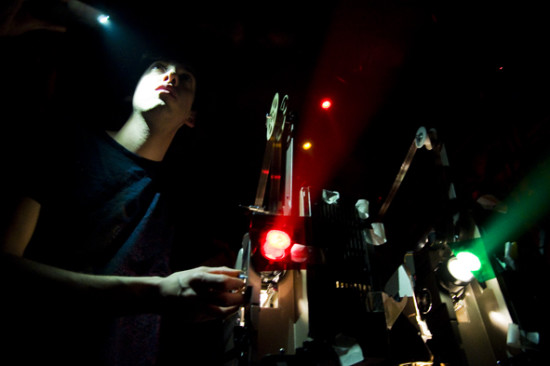 An immediate form of image and sound creation, playing with the possibilities of film projectors, taking advantage of the mechanics of the machines in film performances, discovering what you can do when you have several film projectors running together.

Media-archeologist, Floris Vanhoof, deliberately chooses analogue technology, not for nostalgic reasons, but because he wants to experiment with what once has been considered high-tech. His work also includes new technologies like microprocessors. Technology is not an end in itself but a means to explore new images, ideas and sounds in a poetic way.